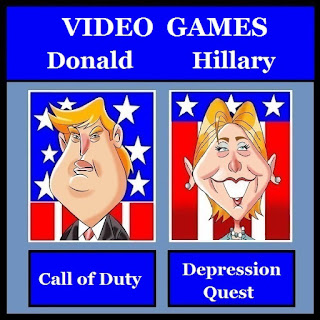 As the race for the Presidency increasing looks like it's The Donald's to win, it's time to begin comparing where Trump stands in comparison to Hillary Clinton. For example, what video games best epitomize each of the two candidates?


For Donald, it's Call of Duty.

For Hillary, it's Depression Quest.